Created by Eric
I visited my parents in New Mexico. Left Saturday, June 4, 2011 and returned Tuesday, June 14, 2011. Dropped off Oscar (our dog) at daughter Amy's house in Waukesha, WI, and headed southwest.
Below is a day-by-day log of the trip. Traveled by car.
(Click on pictures to enlarge) 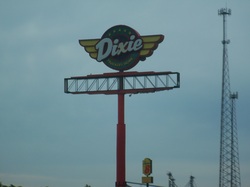 Dixie Cafe, McLean, IL
Like 2008, traveled old Route 66. The photo at left is of the Dixie Cafe in McLean, IL, which is reported to be the first-ever truck stop. Stopped for the night just a few miles short of St. Louis, MO.

Today would make it to Shamrock, TX. Along the way visited the Munger Moss Motel in Lebanon, MO, which is mom-and-pop motel that goes back to the days when Route 66 was a two-lane highway. Further down the road took a break at the Blue Whale in Catoosa, OK. To visit both attractions, I had to get off the Interstate and get on the old two-lane highway that was 66. 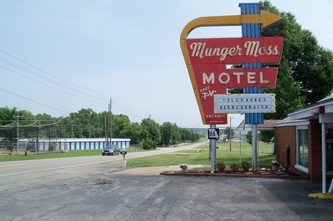 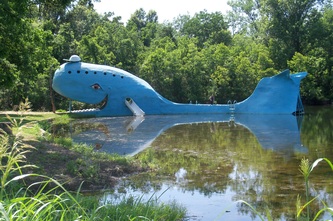 While at the Blue Whale, the proprietor informed that it was extremely dry in Oklahoma and further west. Found out that he was not kidding when I had an unexpected stop on I-40 approximately 40 miles west of Oklahoma City, OK. Was stopped in traffic for about 30 minutes or so due to a grass fire. After I got rolling again, I soon discovered that the fire had made it right up to the highway. Shortly after I stopped at the Cherokee Trading Post, had a sandwich. After eating, shopped in the trading post and then I took photos outside. Was there for more than an hour; it was a welcome break.
Traveled for a few more hours and spent the night in Shamrock, TX. 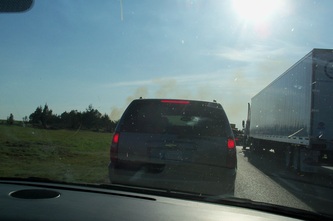 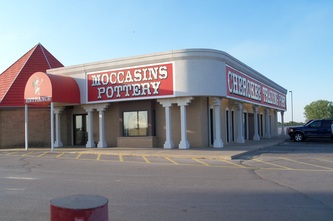 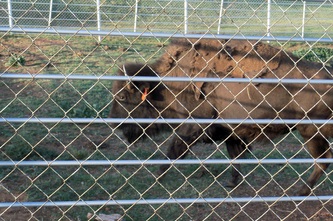 Today would mark the arrival at mom & dad's. But first would visit a few attractions that included the leaning water tower in Groom, TX, the Cadillac Ranch, in Amarillo, TX. After entering New Mexico, I got off the Interstate and onto 66 and cut through the town of Tucumcari, where there are several old motels, restaurants, and other businesses that were once frequented by Route 66 travelers. 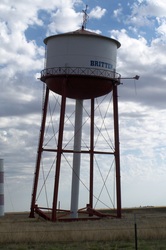 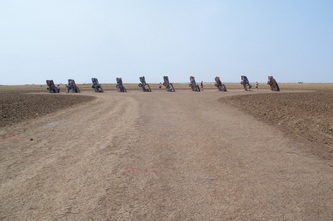 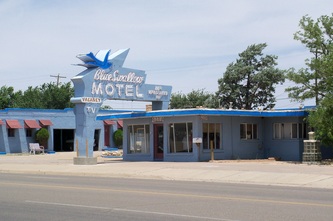 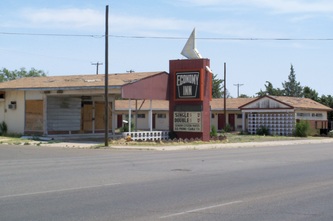 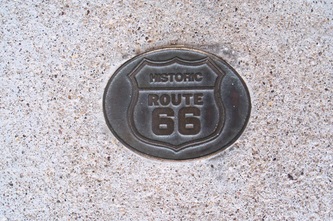 After getting off the Interstate in Santa Rosa, NM, we headed south to mom & dad's. Took an unexpected detour (wrong turn) that cost about an hour, but made it by 6:00 pm.

Outside the house was a peculiar thing on the ground. When I got closer I could see that it was a tarantula; I had never seen one live before. Later in the morning, we hit the road with the RV and headed to Benson, AZ. Along the way, we were going to visit a ghost town in Steins, NM, which is near the AZ border. When we arrived, there were law enforcement officers all over the place. One officer told us that the ghost town was closed and that there was "a crime scene." We found out later that the owner of the ghost town was murdered.
We arrived in Benson stayed in a real nice park that was a combination mobile home park / RV park. After getting situated with the RV, we visited Tombstone, which was about 20 minutes away. It was late, and we didn't get to spend much time there. 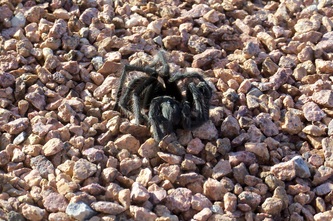 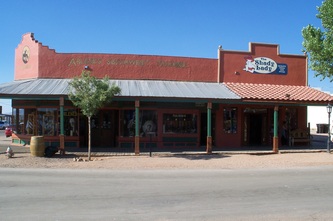 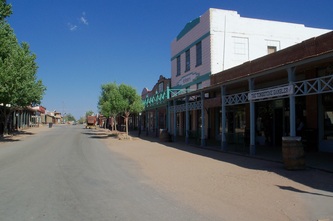 Since we didn't get to spend much time in Tombstone on Tuesday, we would go there again today. Other destinations included Fort Huachuca, which had a couple of museums; the town of Fairbank, which was abandoned. From there we would head back to the RV and call it a day. 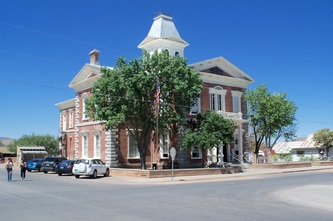 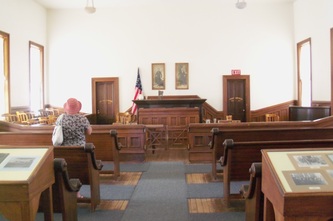 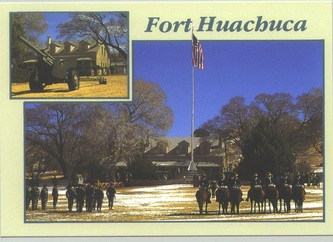 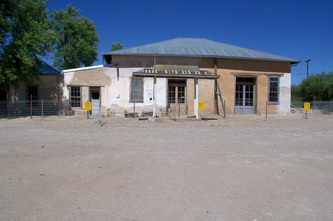 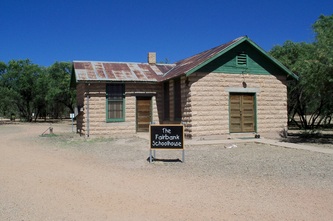 Our first destination was Bisbee, AZ, to tour a copper mine. We went into town first, then took the tour. Later we would go to Douglas, AZ to visit the Gadsden Hotel. We finished the day by, once again, going to Tombstone. 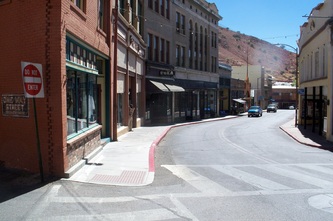 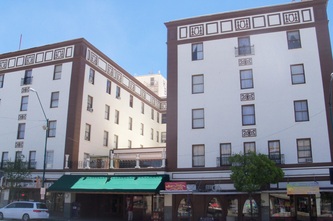 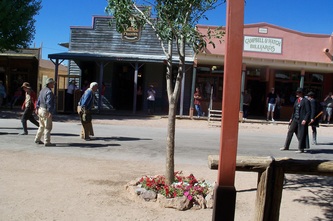 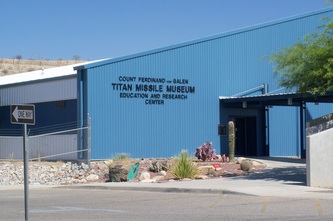 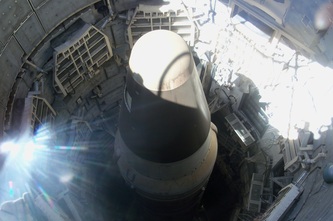 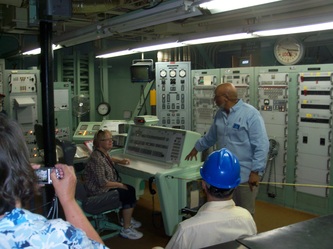