Why am I featuring this All-Star game and not others? Not only was it a good game, but I was there. I was a National League fan, and my team won.  The National League was in the middle of what would become an 11-game winning streak, which would end in 1983. But more important this was when the All-Star game was still fun. I feel fortunate that my dad took me to that game, along with my older brother. The three of us went with my aunt, uncle, and two cousins.
Here are some of my memories of that event:
*I can still remember Pete Rose hitting the ball right up the middle, over second base, to start the game. I had forgotten that he was later thrown out at third base (I found out about 30 years later when I got a DVD of the TV broadcast).
*The ovation for Hank Aaron seemed to last forever. But I felt that it was well deserved. My dad took pictures of 'The Hammer' as he stood along the first base line with the other AL stars (see below).
*I remember Hank Aaron's bat breaking, in his lone at bat, as shortstop Dave Concepcion retired him.
*I was in the bathroom when Steve Garvey and Jim Wynn hit the back-to-back home runs. I can remember hearing all of the cheering, though. When I got back to my seat, my dad told me what had happened. I finally saw the home runs 30 years later when I obtained the aforementioned DVD.
*Yaz hitting a three-run home run for the AL, tying the game.
*Being a Cub fan, it thrilled me to see the lone Cub representative, Bill Madlock, knock the clutch single for the NL.
*The NL won 6 - 3.
*The Captain and Tenille's 'Love Will Keep Us Together' was a big hit in 1975. I remember hearing that song for the first time on the way home from the game. My two cousins, who also went to the game, were both singing it to themselves. I also remember hearing the theme song to The Rockford Files. 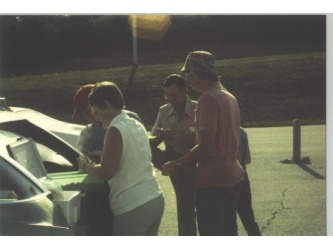 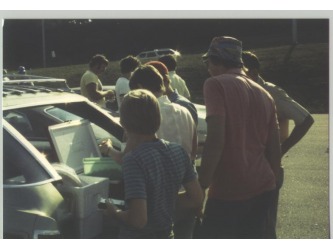 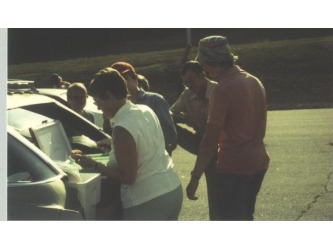 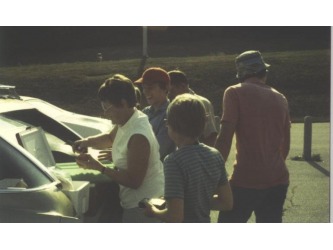 Tailgating before the game. Back in those days, very few wore jerseys or logotype t-shirts. We look more like we just got out of work. 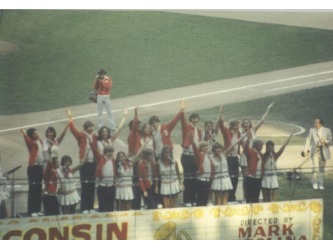 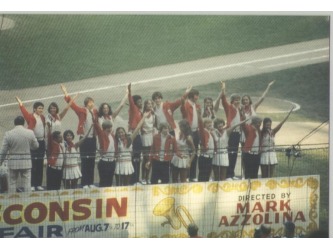 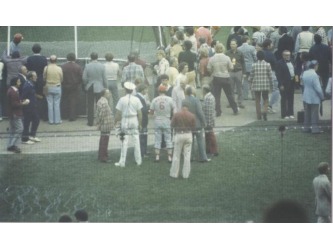 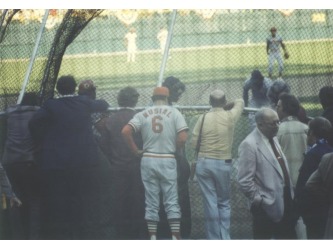 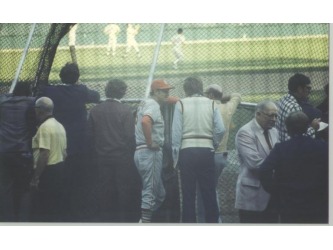 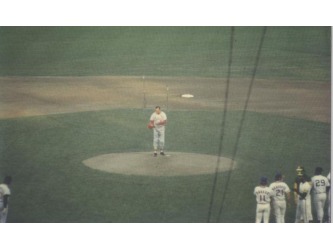 Dad liked Stan Musial. "Stan the Man" was the honorary captain of the National League. 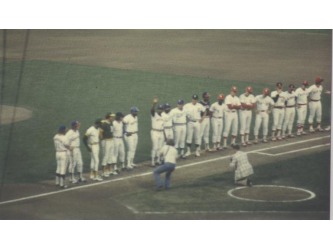 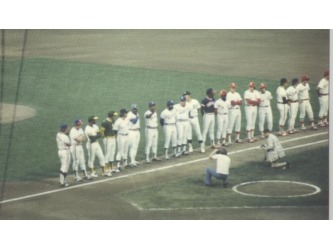 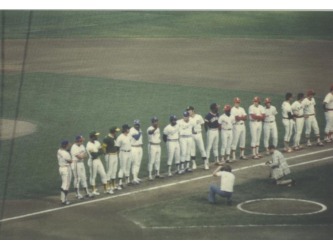 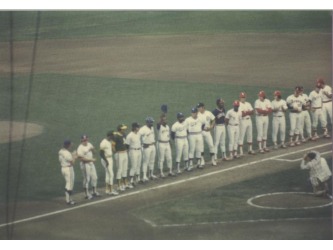 Henry Aaron received an ovation that seemed to last forever. "The Hammer" had returned to Milwaukee, joining the Brewers, in 1975. This was 10 years after the Braves had abandoned Milwaukee. 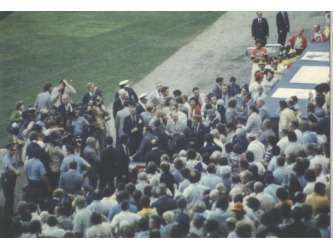 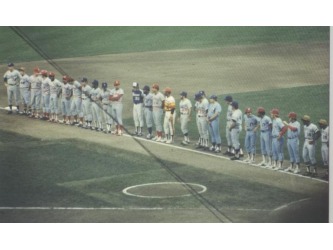