Compadre Stadium was built in 1985 and was the spring training home of the Milwaukee Brewers from 1986 through 1997. It has been abandoned ever since.

The photos below were taken in April 2009. The post card was mailed to Brewer season ticket holders in 1992. Click on each to enlarge. 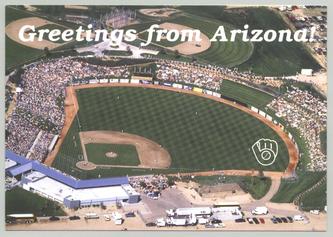 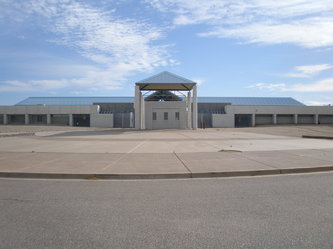 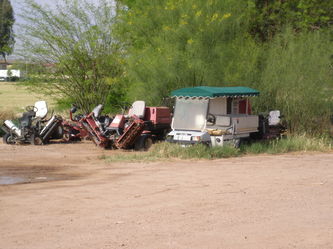 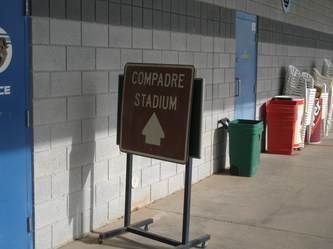 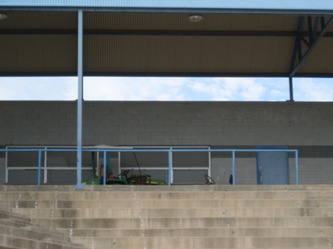 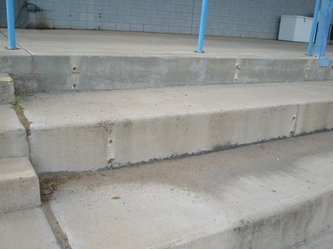 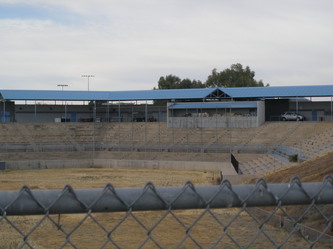 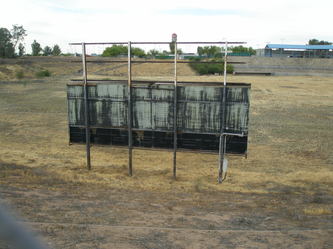 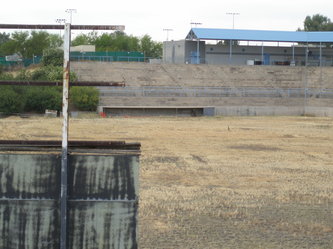 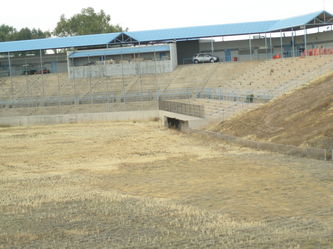 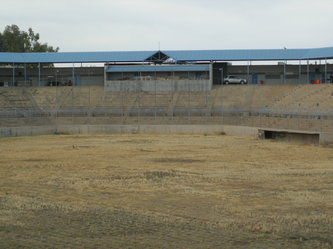 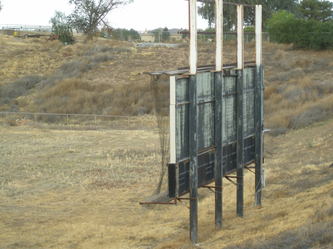 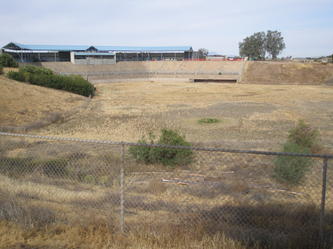 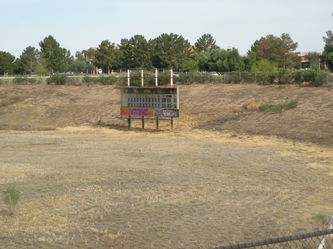 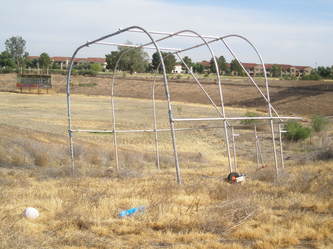 The Milwaukee Brewers abandoned the stadium for a more up-to-date facility after 1997. The Brewers deemed Compadre to be obsolete. Meanwhile, Chandler authorities decided not to spend taxpayers' money to upgrade. Each side blamed the other.

I only had access to the concourse and to outside the stadium, but the facility reminded of a stadium that I visit several times each baseball season, Fox Cities Stadium, located in Appleton, WI, home of the minor league Wisconsin Timber Rattlers. Compadre Stadium seems to be salvageable, but its chances of ever being a spring training home again is nil.

From the March 25, 1997, edition of the Milwaukee Journal Sentinel 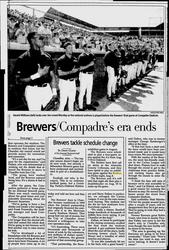