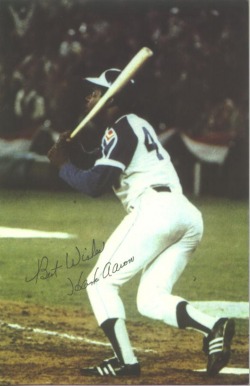 Thursday April 11, 1974, three days after Hank's record-breaking slam, the Chicago Tribune published an 'extra' where 18 sequenced photos of the historic swing were featured. The fan could clip the 18 slides, stack them in order, then page - or flip - through them quickly to see a replay. 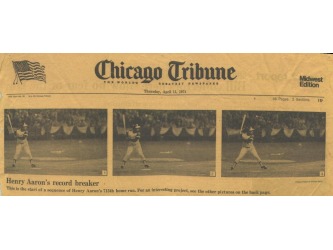 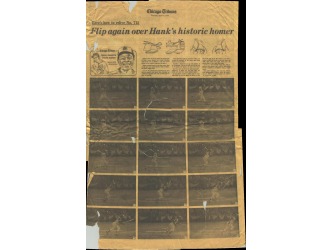 The Milwaukee Brewers honored the all-time home run king with 'A Salute to Hank Aaron Night' on September 17, 1976.
Below is a scan of the original newspaper article from The Milwaukee Journal; the converted text document is below that. 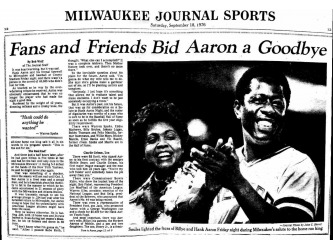 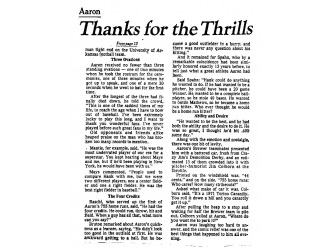 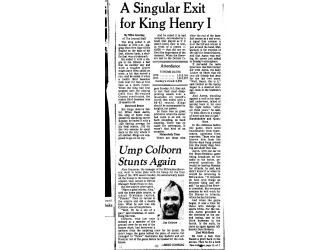 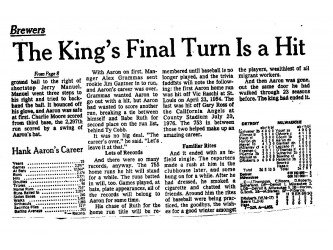 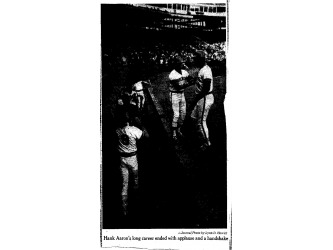