Nike Missile bases first appeared on the Milwaukee landscape in 1956 (some sources say 1955) and departed in 1971. One of the Milwaukee Nike bases, M-74, is featured here.

In operation from 1956 to 1971, the Nike Missile site in Waukesha, WI, designated M-74, was one of eight missile sites that surrounded Milwaukee, Wisconsin. The missile sites were designed to protect urban areas from enemy bomber attack during the Cold War. 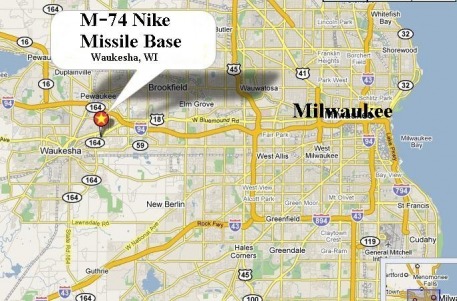 Some notes about Waukesha Nike Missile Base M-74 are as follows: 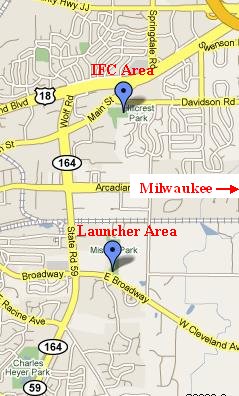 M-74 Nike Missile Base, Waukesha, WI
The M-74 missile site, like most other Nike missile sites, was located on two parcels of land: One was the Integrated Fire Control (IFC) area, the other being the launcher area. For this particular missile base, the launcher area was one mile south of the IFC area.

The IFC area is where the ground-based radars and computers were located; it was designed to detect and track enemy aircraft. The top marker on the map at left shows where the M-74 IFC area was located.

The second parcel of land is the launcher area. This is where the Nike missiles were stored and, if need be, fired from. The bottom marker on the map shows where the M-74 launcher area was located.

For a more in-depth overview of the Nike Air Defense Missile, visit TheMilitaryStandard-Nike 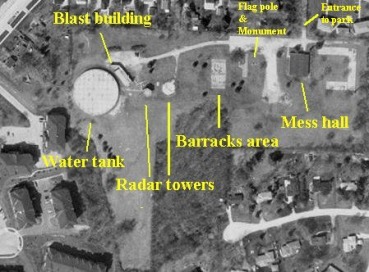 Today, the M-74 IFC area is known as Hillcrest Park, located in Waukesha, WI. The satellite view of the park at left shows the mess hall, radar towers, blast building, and barracks. The city of Waukesha added the water tank after the missile base was closed.
The photos below were taken in 2009. Click on the photos to enlarge 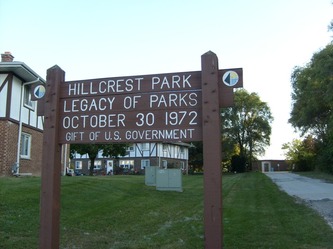 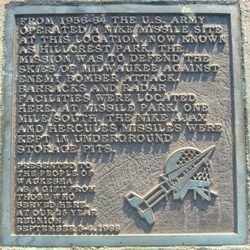 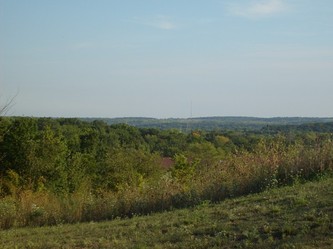 Left: Entrance to Hillcrest Park, which was the location of the IFC for the M-74 Nike missile base. The mess hall can barely be seen at the end of the driveway.
Center: Dedication marker inside the park from U.S. Army Servicemen who served at the missile base. The U.S. Army operated the site from 1956 - 64. In 1964, the Wisconsin National Guard took over and manned the base until its closure in 1971.
Right: View from the park. This photo shows that the IFC was located on a piece of land that was higher than the surrounding area. Whenever possible, control areas were constructed on high ground in order to gain superior radar coverage of the area. 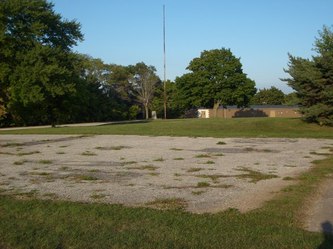 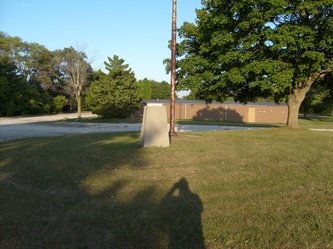 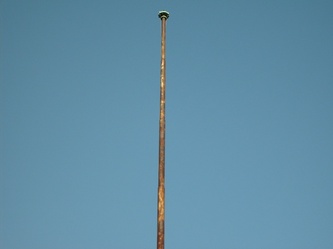 Left: Foreground is the pad where the barracks formerly stood. The mess hall is in the background.
Center: Dedication marker, flag pole, and mess hall.
Right: Flag pole. 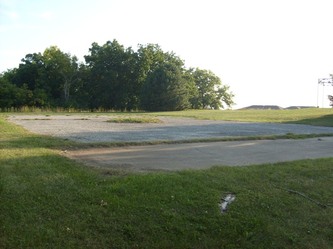 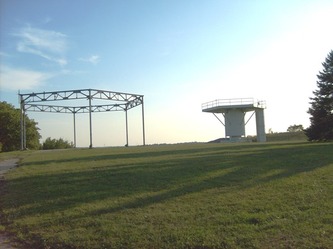 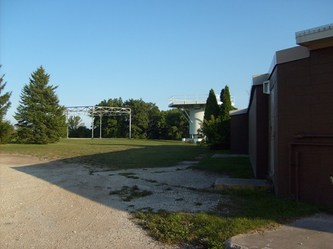 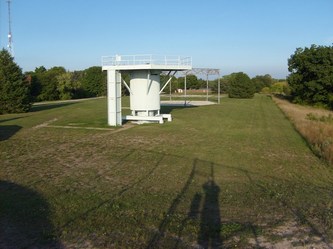 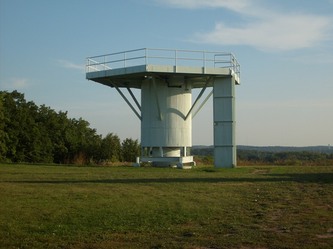 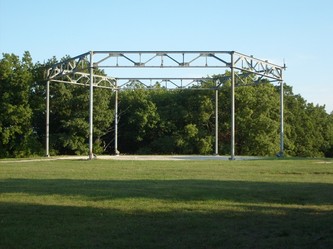 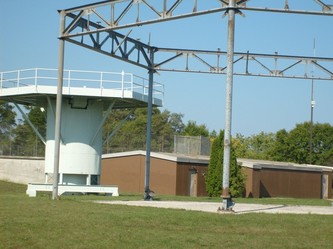 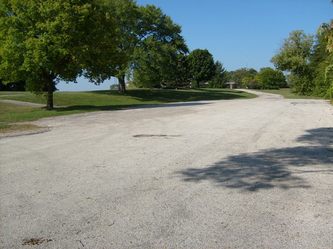 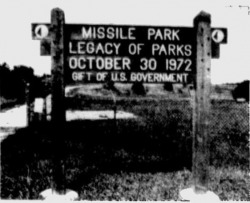 After the missile base was closed, the launcher parcel area was given to the city of Waukesha and named Missile Park. The park sign pictured at left is no longer there, likely removed when the Waukesha mayor ordered the park closed to the public in September 1983, due to the area becoming an illegal dumping ground.

Perhaps the most interesting thing to see at this time (2009) is an old guard shack next to the entrance. Supposedly the underground magazines are still there but are buried under concrete slabs and piles of wood chips. 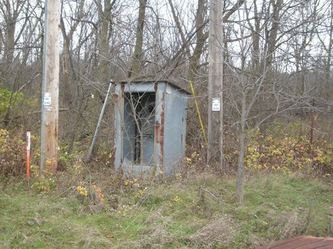 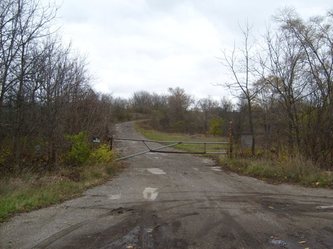 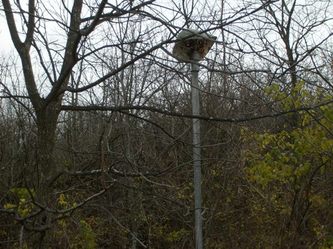 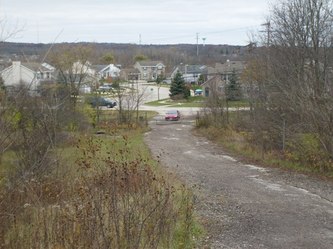 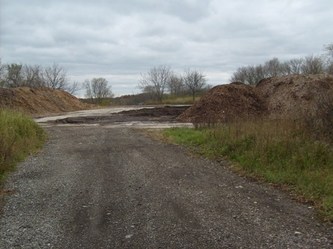 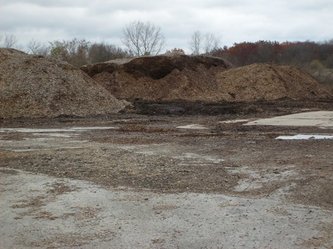 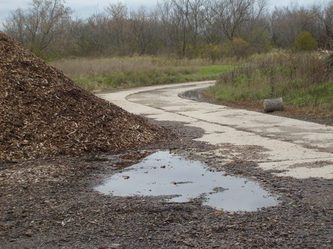 The underground magazines are supposedly beneath the piles of wood chips.
For more information about Nike Missile Base M-74, click here